Winmau World Masters to be Televised by Winmau TV and Eurosport in the UK!

Winmau World Masters to be Televised by Winmau TV and Eurosport in the UK!

The finest players in the BDO will be taking to the stage at the Bridlington Spa to compete in the 44th Winmau World Masters, the Winmau BDO British Classic, BDO British Open and Lakeside play-offs. The atmosphere will be electric but don’t despair if you can’t make...

Tickets for the World Trophy held at the Barry Memo Arts Centre between 26-29 May 2017 are on sale at: Ticketsolve

The Winmau World Masters Returns to the Bridlington Spa

After an eight year absence, the Winmau World Masters (the world’s oldest major darts tournament) will return to Bridlington, from Monday 25th September to Thursday 28th September, with some of the world’s top darts players competing at the Bridlington Spa.

The British Darts Organisation are delighted to announce the details regarding the fourth edition of the BDO World Trophy. The 2017 event will once again feature 32 men and 16 ladies. It will be staged from Friday 26th to Monday 29th May in the Vale of Glamorgan on the South Coast of Wales at the Memo Arts Centre, Barry.

The full line up for the 2017 BDO World Trophy will be completed once the BDO qualifiers have taken place...

The Cricket National Championship is today. No one who plays darts in the U.S. wants to miss it, least of all me. I have to say I wish I was able to be a part of it. So how is it that one of the top shooters in America isn’t going to be competing for the National title? If you are not familiar with how you qualify to compete in an ADO National Championship ...

It will be for the first time for Romanian Darts Federation to organize two BDO and WDF events in the same weekend (Romanian Classic Darts Open and Romanian International Darts Open), with two singles events for men and ladies and one pairs...

Well done to all at Czech Darts

LDO AFFILIATED MEMBERS ALSO RECEIVE A DISCOUNT INTO THE EVENT - MEMBERSHIPS MUST BE UP...

The Dutch Open Darts 2016 takes place from January 29th until the 31st, in De Bonte Wever in Assen. This is still the largest and liveliest open darts tournament in the world, so make sure you are part of it and register now.

There will be Singles events for men, ladies and youth players with reigning champions Martin Adams and Aile... 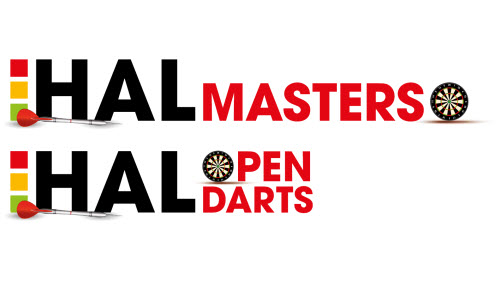 Registration for the two international darts tournaments, the Masters and the HAL HAL Open Darts is now in full swing. On Saturday, March 19th in Evenementenhal Venray HAL Masters played and on Sunday, March 20th HAL Open Darts. On both Saturday and Sunday will be played in the categories: men, women, boys and girls singles (participation from 8 years)...

If you want to play in this tournament, go to www.sunparksmasters.be/english and enter yourself via the entry form. The Sunparks Masters have a prize fund of 17.500 euro and count towards the ranking of the World Darts Federation and invitation tables of the British Darts Organisation and Finder Darts Masters.

The Organisers who run the Isle of Man Darts festival in March have announced that they have lost the tender for the event.

When we hear any more news regarding the event we will let you know.

In its 31st year of hosting the world championships, the elite of BDO darts will be stepping onto the iconic Lakeside Stage between Saturday 2nd January to Sunday 10th January 2016. The 2015 tournament saw a line up with 56 players from all over the world and it was charteractised by the unexpected as there were major upsets as new talent and stars shone. It all took place here at Lakeside Country Club, Frimley Green, Surrey - one of the country's leading entertainment complexes and the un... Read Full Post »

Teams from 38 countries will contest the 2015 WDF World Cup which will take Place in Kemer, Turkey later this month. For the first time in the World Cup women are accorded equality with the men. They now have 4 player teams and play exactly the same format as the men in all events. The youth teams have also been increased and now comprise 2 boys and 2 girls which means that the youth players have a total of 5 events to play in. Playing formats in all youth events will be Round Robins with the be... Read Full Post »

Trina Gulliver in Hull today received a wildcard awarded for participation in the Finder Darts Masters 2015. This world darts tournament this year from 4 to December 6 held at Hotel Zuiderduin in Egmond aan Zee. Trina, meanwhile royally titled MBE is ninefold Lakeside World Professional Darts Champion and performed for 11 years to reach the final of this prestigious tournament darts. She stood for the last time in 2013 on stage in Egmond aan Zee and now the number seven in the world back than... Read Full Post »

Tina Osbourne (NZ) and Yorkshire’s Dee Bateman are the winning qualifiers to join the Ladies at Lakeside.

The youth championship will be between Joshua Richardson(Eng) and Jordan Boyce (IRE) and will be played on the Lakeside stage.

Listed below is the revised schedule for the events being held in Hull between 6th - 11th October 2015.

Venue for all Events